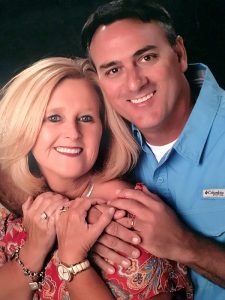 Dr. Hilliard is a lifelong resident of Cook County, and is a graduate of Cook County High School. He continued his education at Valdosta State College (University) and graduated in 1992 with his Bachelor of Science in Biology.  Dr. Hilliard was accepted to the Medical College of Georgia, College of Dental Medicine and graduated in 1996.  He opened his practice in Adel in late 1996.

Dr. Hilliard married Connie Warren Hilliard and while in dental school, they became the parents of twins, Brandon and Blake. Connor came a few years later. The boys kept their parents busy with many sports activities. Through the years Dr. Hilliard has served on many boards associated with their activities, but now that all have graduated, life has evolved. Brandon is married to Darbi Goff Hilliard, and Blake married Charla Alley Hilliard. Connor is attending Georgia Military College in Valdosta. Dr. Hilliard and Connie have one granddaughter, Kinslie, daughter to Brandon and Darbi.

Dr. Hilliard had a private practice for several years before Dr. McMillan joined as an associate in his practice.  In 2017 he formed a partnership with Dr. McMillan and they now operate as Hilliard & McMillan Family and Cosmetic Dentistry. 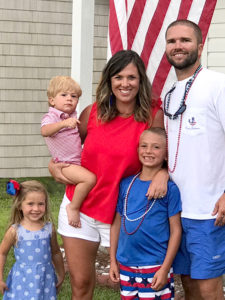 Dr. McMillan grew up on his family’s farm in West Berrien. He graduated from Berrien County High School and went on to continue his education at ABAC and Mercer University and graduated in 2007 with a Bachelor of Science Degree in Biology.  He then attended the Medical College of Georgia (now Augusta University) College of Dental Medicine receiving his Doctorate and graduated in 2013.  Dr. McMillan joined the practice of Chris Hilliard, D.M.D. as an associate.

Dr. McMillan is a member of the American Dental Association (ADA), Georgia Dental Association (GDA), Southwest District Dental Society (SWDDS), and the Academy of General Dentistry (AGD). Dr. McMillan believes organized dentistry is a way to continue learning and gain the knowledge to excel. He does part-time work with Help A Child Smile, to help those who have limited access to dental care.

Dr. McMillan has been a Deacon with First Baptist Church of Adel since 2014.  He coaches his son’s Youth ball teams and serves on the Board of Directors with the Berrien County Recreation Department. He is also active in the Berrien Young Farmers Association.

He is married to Mandy Carter McMillan. Dr. McMillan and Mandy have three children, Carter, Mary Evelyn and Cliff. In his “free” time he enjoys hunting, fishing and reading and loves the farm life. 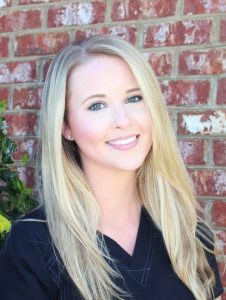 Meagan Webb has been a dental assistant since 2013 and has been working with both doctors for most of these years.  Meagan is married to Max Webb who is a patrolman with the Georgia State Patrol.  Meagan is a certified dental assistant and has her certification in radiology and CPR. Max and Meagan have a son, Isaac, and they all enjoy anything outdoors and are avid health enthusiasts. 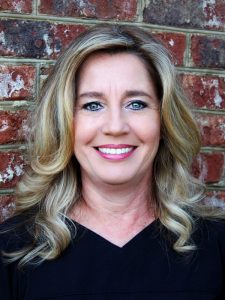 Tracy Jaramillo has been a dental hygienist for 25 years. She received her hygiene degree in 1993 from Darton in Albany.  She grew up in Lakeland, Georgia and now resides in Hahira.  Tracy is married to Danny Jaramillo and they have two sons, Jacob and Jude.  Both boys have kept them busy with football and baseball for many years.

She came to Dr. Hilliard’s office in 1999 and is a valued member of the team.  Tracy is certified in CPR and remains active in continuing education targeting the advancement in dental hygiene.

In her off time she loves gardening and is quite the DYI project girl. 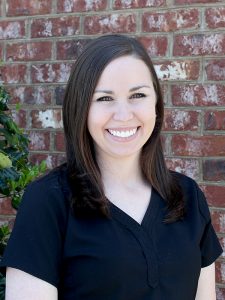 Amanda Woody Nelms is a native of Nashville, GA.  She graduated from Berrien County High School in 2003.  She went to Abraham Baldwin Agricultural College and graduated in 2005 with an Associate of Science Degree.  Amanda continued her education at Armstrong Atlantic State University in Savannah, GA where she received her Associate of Science in Dental Hygiene Degree in 2007. She joined the team at Hilliard and McMillan in 2016.  She and Tracy attend many continuing education classes for the advancement in dental hygiene.

Amanda is married to Chad Nelms who is the Cath Lab Manager at Tift Regional Medical Center.  They have four boys, Lee, Case, Trent and Lance. In her free time, if there is such a thing, she enjoys crafting. 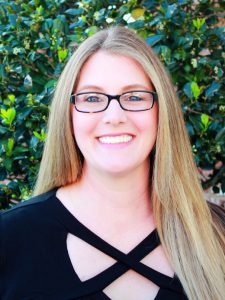 Christon Roberts joined the team at Hilliard and McMillan’s in 2015.  She works as a Patient Services Coordinator and with Insurance.  Christon is definitely the comedic relief for our practice. She makes work fun.

She is a lifelong resident of Adel, Ga and is married to Joe Roberts from Salt Lake City, Utah.  Joe served our country in the United States Army and served two tours in Iraq. Joe is currently enrolled in the Nursing Program at Wiregrass in Valdosta.  Christon and Joe have three children, Isabelle, Lila and Jake. The family can be found most days of the week at the ballpark watching the girls play ball.  Making memories with family and friends is what they enjoy most.